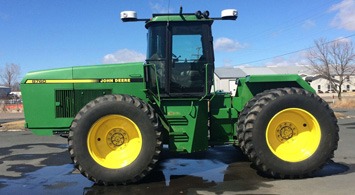 Agribusinesses today face a variety of challenges, not the least which are Mother Nature’s excesses, depressed commodity prices, expensive and complex equipment, high energy costs and the lack of qualified and eager help. Autonomous, or operator-less technology, increasingly found in material handling systems used in factories and slowly finding acceptance in automotive vehicle lane keeping assist systems—not to mention beta self-driving models from manufacturers such as Tesla and Google – offer varying degrees of reduced operator input. But is the technology developed to the point it is economically feasible and sufficiently safe? Read on to learn what one manufacturer is making available today. 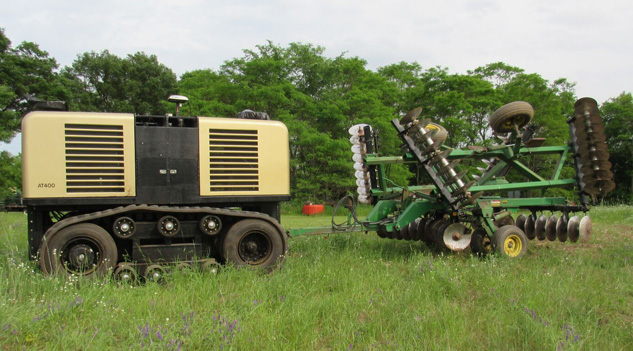 Traditional GPS guidance systems work well within their reception constraints, but when interferences such as from power transmission lines, sunspots and other dead zones are encountered, are just not sufficient for autonomous operation. Autonomous Tractor Corporation (ATC), headquartered in Fargo, ND, has introduced AutoDrive, a patented navigation system that combines GPS technology with two individual on-ground validation systems. At the heart of AutoDrive is ATC’s Laser-Radio Navigation System (LRNS), a Local Area Network (LAN) system based on Radio Frequency (RF) technology that utilizes artificial intelligence (IA) to “train” the tractor to do repetitive tasks without programming.

Much as farmers introduce sons and daughters to tractor operation by having them first sit alongside and observe for a time, then slowly moving to where the youth, under close supervision, performs a single task, AutoDrive is trained to perform the task just as the farmer does. As in the case of the youth, when AutoDrive becomes proficient at that task and suitably trusted, slowly more tasks can be introduced. The parent farmer has no more trust for an autonomous tractor then for a son or daughter until a certain level of trust is developed over time. For safety, AutoDrive comes with a sonar-based detection system that will immediately bring the tractor to a halt when an object is detected 30’ away. When this occurs, a text is sent to the owner, who through two pan-tilt cameras can remotely access what has happened. 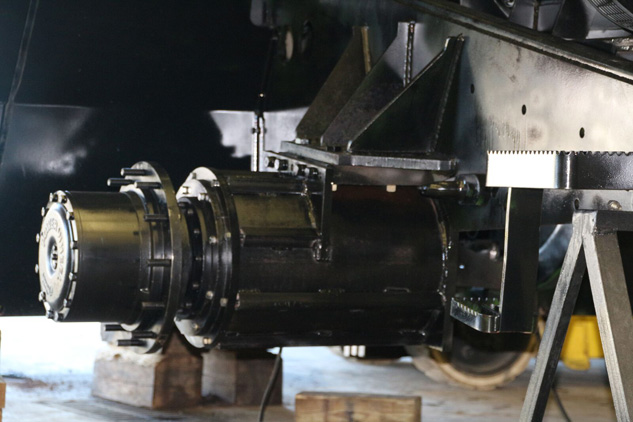 Speaking with Kraig Schulz, ATC’s President and CEO, AutoDrive will be app-based with separate apps for tillage, mowing, baling and planting etc. in recognition that each of those tasks is very different. The system also doesn’t attempt to make a computer a farmer; instead it is a system that allows the farmer, with his or her accumulated experience, to train the tractor to react as they have learned to do. Schulz told Tractor.com that a traditional tractor drive system utilizing an engine, transmission, differential and axles to put power to the ground is a design that has remained unchanged for nearly a hundred years, yet is inefficient, devoting sometimes as much as half the horsepower made to drive the weight of the tractor itself.

What Tractor Features Do You Really Need?

This type of drivetrain is also complex with many components and moving parts, mandating a high degree of required maintenance that only increases as it ages. Schultz said studies have shown that 25% of tractor maintenance gets done in years one through seven, but that 75% is required in years seven through to the expected life of fifteen years. These traditional drivetrains are also not the perfect candidates for autonomous operation. Electronically controlled systems, as opposed to mechanical ones, are safer and easier to control and use. 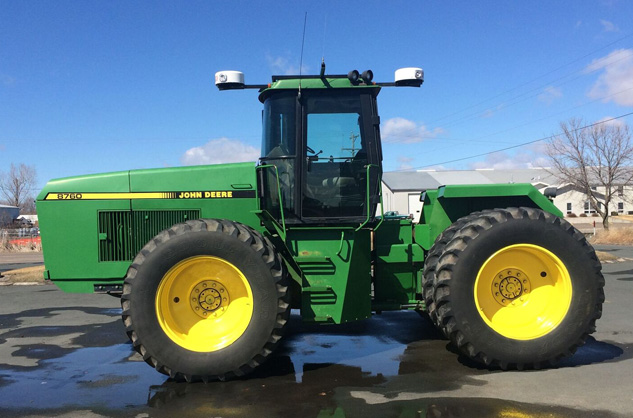 The drivetrain that ATC has developed is a perfect complement to AutoDrive and utilizes electric motors to provide power. ATC calls its system eDrive. Though electric motors provide instant torque, have long life and are ideal for electronic control, they do have low speed and heat-related drawbacks. To overcome those obstacles, the electric motors ATC has developed are fully liquid-cooled and internally lubricated (no external grease fittings) and have proprietary electronic controls that allow constant low-speed operation without sacrificing motor life. Beginning with heavy wall pipe machined to tight tolerances, a stator/shaft assembly is inserted along with the necessary electronics, and then the shell is filled with oil (the motor also utilizes an external reservoir) and then capped off. The completed motor is sturdy enough to serve as axle and drivetrain and in the case of a large tractor, such as the John Deere 8760 articulated machine utilized as the first test rig, is located at each drive wheel (100HP x 4). This first machine became known as JD400e providing 400 gross horsepower, 352 drawbar horsepower, a top transport speed of 20 mph and 32,145 lb-ft of torque at 4mph – all at half the price of new.

For smaller tractors (ATC is currently retrofitting a John Deere 6415 four-wheel drive tractor) where there is not enough space to have individual motors at each wheel, one or two motors driven off the engine are used. This allows flexibility, such as using a front drive motor providing a higher speed (transport) along with a rear drive motor that provides more torque (implement demand). Currently ATC is retrofitting 100, 200, and 400-horsepower tractors with eDrive technology, and though the first machines have been John Deere, the technology is compatible with any manufacturer’s machines. 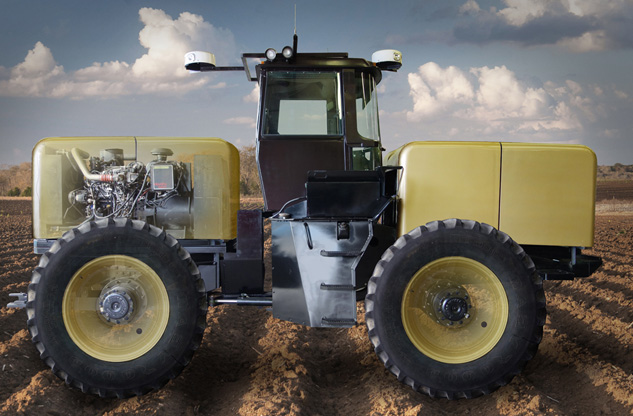 Taking full advantage of ATC’s electric motor and control technology, the Spirit AT400 was developed. Spirit is a fully autonomous tractor based on a skid-steer platform that does not have a cab – much less an operator cockpit. Speaking with Schulz, though Spirit is a natural progression of applying autonomous technology: the future holds even more. Imagine not having to have a tractor power the implement but rather having the drive motors onboard the implement and a diesel gen-set as a transferrable power source that could move from implement to implement. As those words sunk in, Schultz then speculated that someday, perhaps not that far in the future, battery technology will have accelerated to the point that the diesel gen-set will be replaced by battery power. Perhaps by then, our publication will be aptly renamed electric_implement.com.

How To Improve Crop Yields with Plant Technologies

ATC is currently manufacturing autonomous vehicles for four customers (in addition to those test rigs already in use) of which Tractor.com looks forward to getting behind the wheel – or App – and getting to know more about this technology that promises more efficient use of farm capital, extended life to older tractors, less ground compaction, better fuel efficiency and operator-less operation. Look for a hands-on review sometime late 2016 or early 2017. Meanwhile, to quote the late Yogi Berra; “the future ain’t what is used to be.” A simplistic one-liner, perhaps, but applied to agriculture we can say “autonomous farming sure ain’t what farming used to be.” 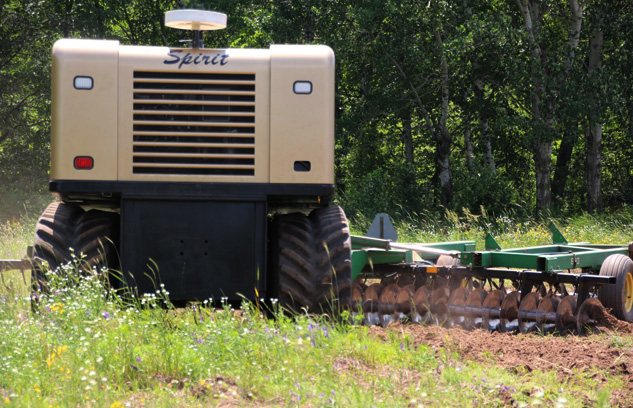