How To Choose A Transmission For Your Tractor

Putting power to the ground 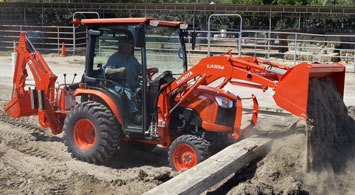 Whether it be a 12.5 HP 38” riding lawn mower or a 300+ HP row crop tractor, output from the engine needs to be put to the ground in some manner. To do so, a transmission is the modern miracle relied upon to transfer that power, modulate ground speed and deliver secondary output to the power take off (PTO) so an implement can run.

A gear transmission is a highly-efficient method of transferring power. Using a clutch to engage and change speeds, a gear transmission can come in several forms. Gear transmissions are popular not only in entry-level tractors due to cost constraints but also in high-horsepower farm tractors for the exact control over ground speed they offer, a requirement during operations such as seeding or applying fertilizer. We’ll touch on four commonly used variants.

VIEW: How To Shop For A Tractor: Part I

Another type of gear transmission is known as a collar shift where the gears don’t slide into place but utilize a collar between each gear set (i.e. 1st to 2nd and 3rd to 4th). In this type of transmission the collar is the moveable component. A collar shift transmission with its added components is more expensive to produce than its sliding gear sibling, but with less shock to internal components is typically more durable.

Lastly, power shift transmissions are similar to collar shift transmissions but instead of using collars, clutch packs lock the selected gear onto the rotating shaft. This is the only type of gear transmission where the clutch isn’t required for directional, and in some cases, gear changes. Front end loader work is effectively enhanced with this type of set up. 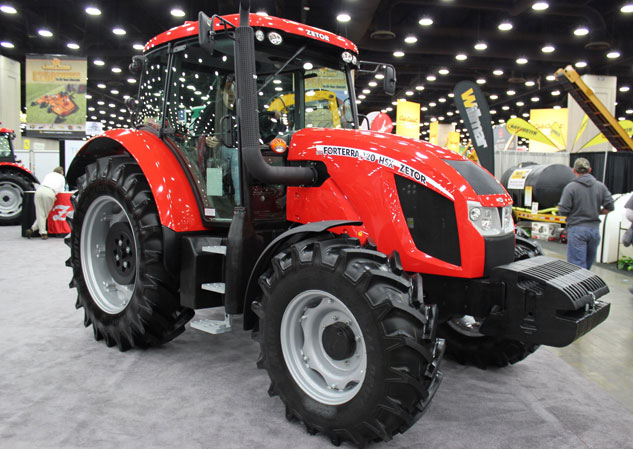 With a hydrostatic transmission there is no clutch, only a neutral (center) position that is used to start the tractor and idle. For simplicity sake we’ll focus on foot controlled hydrostat variants where forward motion begins by depressing a pedal. To increase ground speed, the pedal is further depressed. To stop, the pedal is allowed to return to the neutral position. To reverse, the pedal (can be a heel pedal in the case of treadle controls or a second side-by-side pedal) is depressed. Reverse speed is also controlled by the amount of pedal travel exerted.

VIEW: How To Shop For A Tractor: Part II

This simple operation is favored by many for its ergonomic feel, learning ease, quick directional change and modulation over ground speed. In larger tractors, where front end loaders are an option, productivity soars as one hand can be on the steering wheel, the other on the loader joystick control and the foot controlling the speed and direction. 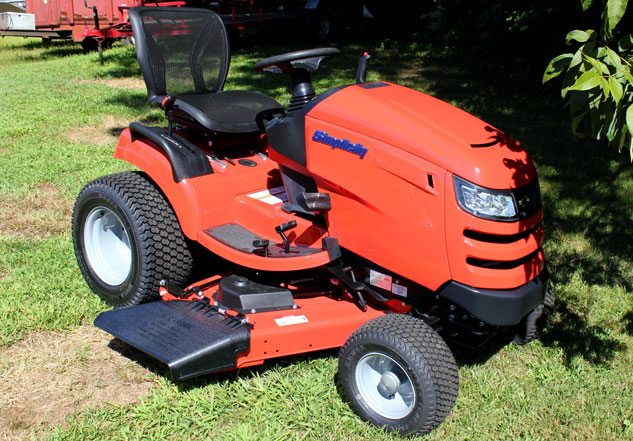 One thing to note: on many lawn tractors equipped with hydrostatic transmissions, the units are designed to be non-serviceable. This means there is no filter, filtering harmful contaminants from the fluid flow, and there is no means to empty and change fluid. We recommend these transmissions for only the lightest of duty and certainly not for ground engaging activities or where any substantial slope conditions are involved. Although a hydrostatic transmission is for many the ultimate in convenience and ease of use, it will typically rob more engine and PTO horsepower than with its gear cousin.

Constant velocity transmissions are a little less known than gear or hydrostatic drives, though they have long powered snowmobiles and machinery such as milling machines and drill presses. A CVT transmission in its simplest form works through a belt situated between conical pulleys that open and close as needed to vary the gear ratio. 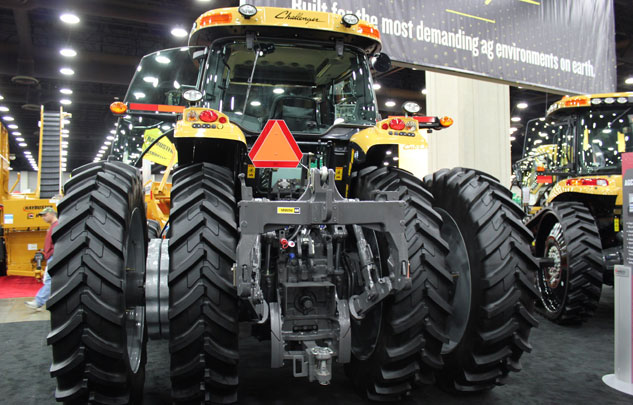 There are many types of CVT transmissions, but the general power transmitting concept remains the same. What the CVT does offer is improved fuel efficiency due to the ability to always keep the engine at its most efficient RPM band. Conversely, a CVT can also maximize power by keeping the engine at the RPM with peak horsepower output, which usually is at a greater speed than where peak efficiency occurs.

VIEW: How To Shop For A Tractor: Part III

So which transmission is right for your use? The mechanical simplicity and durability of a gear transmission, albeit at having the added effort of manually selecting a gear and then having to use a clutch? Or, the foot pedal ease of a hydrostatic transmission? Or, a CVT with its effective use of power but not so certain maintenance or lifespan? The answer lies somewhere in a compromise of ergonomics, cost, usage and personal preference. Our choice is usually a hydrostatic unit, but we admit power shift transmissions are fast growing on us. As for CVTs, the jury is still out.