A new heavy-duty series designed with ground-engaging in mind 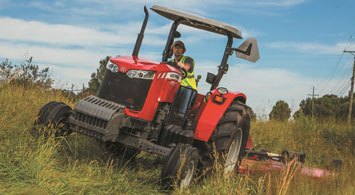 Tractor.com’s first exposure to the new Massey Ferguson 4700 series was through a single page brochure we came across in January. That flyer showed a picture of an open station loader tractor on the cover and a specification sheet on the reverse that was a bit skimpy on details. Still, the tractor had that heavy-duty, ready to get dirty look. A month later, at the National Farm Machinery Show (NFMS) held in Louisville, we had a chance to learn quite a bit more.

The 4700 series is made up of three models: the 80hp MF4708, the 90hp MF4709, and the 100hp MF4710. AGCO Corp’s Warren Morris told Tractor.com that this series is part of the single largest company investment to date. Internally, this worldwide platform is known as the “Global Series” and is a ground up redesign with over 50,000 hours of endurance testing in extreme conditions to prove reliability. Morris called the 4700 series the top of the heavy-duty utility tractor line. 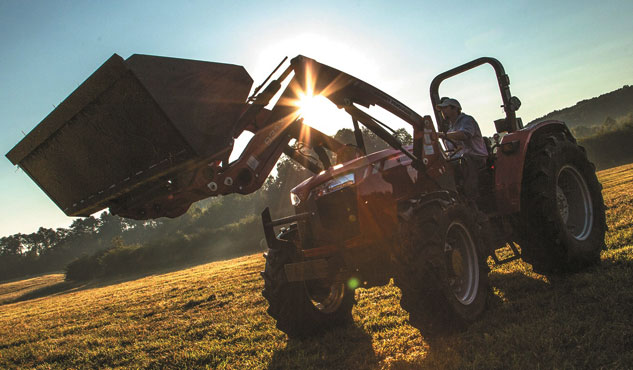 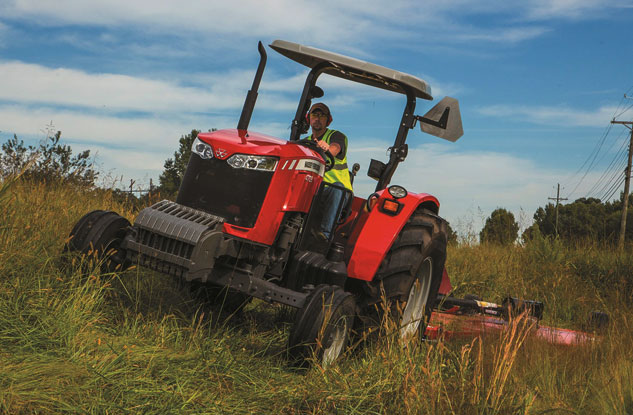 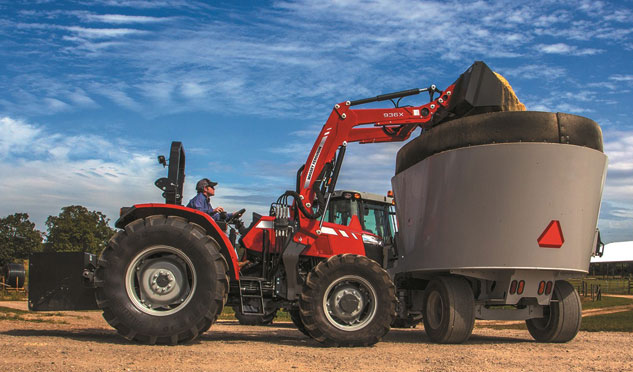 The Cat II three-point hitch (3PH) lift capacity is 4850 lbs at the industry standard of 24” behind ball ends. Lower link arms telescope for ease of implement hookup. Deluxe tractors come with the added nicety of outboard telescopic stabilizer bars. All models have a heavy-duty drawbar as standard equipment. Rear PTO is independent, actuated by an electro-hydraulic switch, and can run at 540 or 1000 rpm using a reversible shaft. Optional is a 540/540E PTO. PTO horsepower ratings are 68 for the MF4708, 78 for the MF4709, and 88 for the MF4710.

COMPARISON: Read our review of the 2016 Massey Ferguson MF4610M Cab

Climb up into the operator’s cockpit which is accessible from either side and slip into the comfortable high-back spring suspension seat. There is plenty of fore and aft adjustability along with a mechanical weight adjustment. Controls fall where one expects them to, though floor space is a little tight especially on the right side where the suspended split brake pedals and the floor throttle are positioned. There is also a slight transmission hump to contend with, unlike the fully flat platform found on 4600 series machines, though in no way would the space feel cramped, even after a long day. Deluxe tractors come with a tilt steering column and have the power shuttle stalk mounted at 10 a.m. There is also a rotary +/- switch to adjust the shuttle reactiveness. 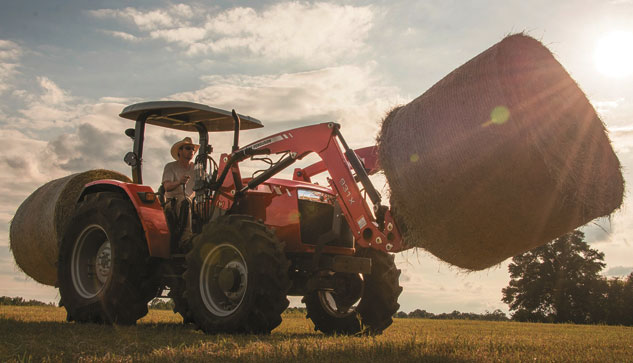 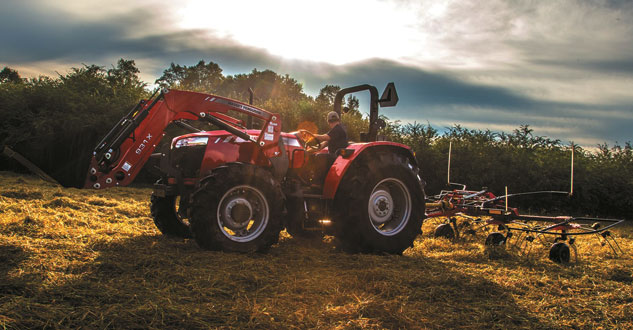 Dates for these tractors to hit dealer stocks at the time of NFMS was March 2016 for open station tractors and fourth quarter 2016 for cab tractors. A little birdie attending the February dealer meeting told us that shipments are ahead of schedule and that cab tractors are expected to start shipping in late July. With a price range of $40-$60K, 80–100hp power, heavy-duty construction and great lift capacity, 4700 series tractors will be well suited for hay, dairy farm, small farm, rotary cutting and loader work.

For an agribusiness with a need for a workhorse of this class, this new series would be well worth checking out. And when it comes time to ordering, our nod would be to the Deluxe package which carries a premium of just around $2500.