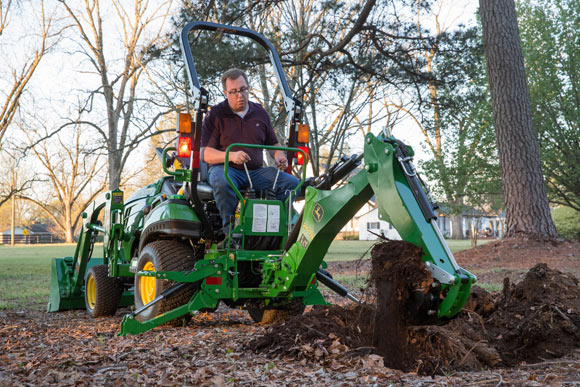 John Deere continues to evolve its expansive line of compact utility tractor implements with two additions, the 260B Backhoe and 120R Loader. Building upon previous models, the new implement offerings feature improvements that offer operators the power and productivity needed to get a variety of jobs done.

“When designing our latest backhoe and loader models, we listened to customer feedback, making key changes to improve operator ease and productivity,” said DeMark Cole, Product Specialist for Compact Utility Tractors. “The 260B and 120R retain the features that customers loved from previous models, and include updates to simplify tasks, including implement attachment and detachment, and routine maintenance.” END_OF_DOCUMENT_TOKEN_TO_BE_REPLACED

The Bobcat T450 reintroduces a compact track loader platform size that has not been available from Bobcat Company in recent years. In addition to M-Series enhancements and engine innovations, the T450 features more horsepower, higher auxiliary pressures, lower ground pressure and increased travel speed when equipped with the optional two-speed drive system.

With a width of just 56 inches when paired with a bucket, the T450 is well-suited for accessing and working in tight jobsites, often replacing tasks previously done with manual labor and tools. The machine’s rubber track undercarriage minimizes ground disturbance – just 4.7 pounds per square inch – to established surfaces for fewer repairs when a project is complete. END_OF_DOCUMENT_TOKEN_TO_BE_REPLACED

Steven Klumker, of Mancos, Colo., visited the Bobcat of Durango equipment dealership thinking he was being interviewed as a finalist for the contest. Instead, he was handed over the grand prize with his family on hand to celebrate with him. END_OF_DOCUMENT_TOKEN_TO_BE_REPLACED 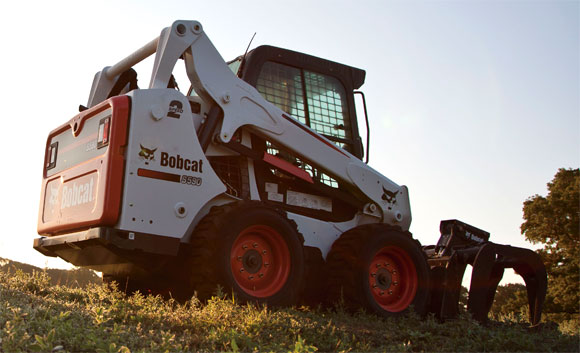 Bobcat has announced seven new 500 frame-size loaders, including five skid-steer models and two compact track models. According to Bobcat, the seven new medium-size machines make up the most popular size class in the Bobcat loader family.

New machines include the S510, S530, S550, S570 and S590 skid-steer loaders, and the T550 and T590 compact track loaders. The S510, S550 and T550 feature a radius lift path, providing operators the reach and visibility they require for dumping over a wall, backfilling or loading flatbed trucks.