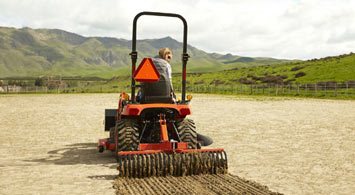 Subcompact tractors, or SCUTs as they are often called, are a class of machines credited to Kubota with its introduction of the BX series in 2001. Popularity with the public quickly ensued. And what wasn’t there to like? Ample diesel power, 4WD, hydraulics capable of running implements such as a front-end loader (FEL), power steering, a three-point hitch (3PH) just like a big tractor, all in a size not much bigger than a lawn and garden tractor.
This all-around versatility allows a single machine to do everyday tasks such as mowing all-the-way to real ground-engaging activities like tilling or spreading material, which captured the attention of other manufacturers. One-by-one, they caught on, introducing their own subcompact models and kickstarting a race to bring more comfort, refinement and ease of attachment hook-up. In this two-part series, we look at seven competitive entry-level models from John Deere, Kioti, Kubota, Mahindra, Massey Ferguson, Ventrac, and Yanmar, and discuss the plusses of each. 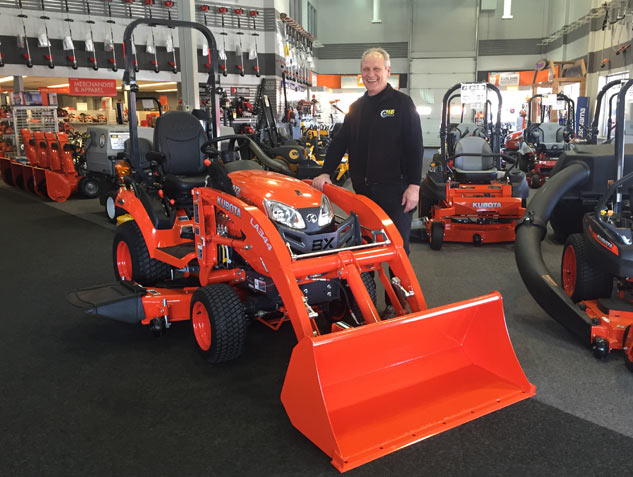 We begin with Kubota out of respect for the class of tractor it created with many of those early BX tractors still going strong. Over the 16+ years since the subcompact introduction, Kubota’s engineers have continued on a path of development and refinement that brings us to the current BX80 series offered today. That lineup includes four models ranging from 18 to 25.5 horsepower. And while the less expensive BX1880 might seem the model to use for this comparison, we chose the BX2380 as more apples-to-apples with the competition.

The BX2380 is powered by a Kubota-manufactured three-clyinder diesel making 23 gross and 17.7 power take-off (PTO) horsepower. A two-range hydrostatic transmission (HST) delivers power to a choice of R1 (Ag), R3 (turf) or R4 (industrial) tires. Control over the HST is by a treadle pedal with the cockpit floor flat, rubber isolated, and uncluttered. On this series, Kubota has positioned the brake pedal on the left, making it infinitely more useable. The Cat I (category one) 3PH is rated to lift 680 lbs. Kubota uses a quarter-inching hitch control system here, a sort of hybrid between position control, which offers the most control and accuracy, and the guess-where-you-are control used on many subcompacts. Quarter inching allows full up and down by pushing the control lever to the outside while in the left detent pushing the lever up or down results in a controlled quarter-inch hitch movement with each stroke.

Standard features for the BX2380 include a high-back reclining seat with armrests, loader joystick integrated into the fender cowl, cruise control, metal hood and fenders, cup holder, storage compartment with 12V outlet, tilt wheel, and foldable ROPS with up clearance of less than 7’, which clears most barn/garage doors. MSRP with loader valve is $12,522. Non-commercial warranty is two years/1500 hours bumper-to-bumper and six years/2,000 hours powertrain. Options include 54” or 60” easy-over mower decks, FEL which can lift 613 lbs to a max height of 71”, no-spill single-point hydraulic coupler, and an available heated cab. 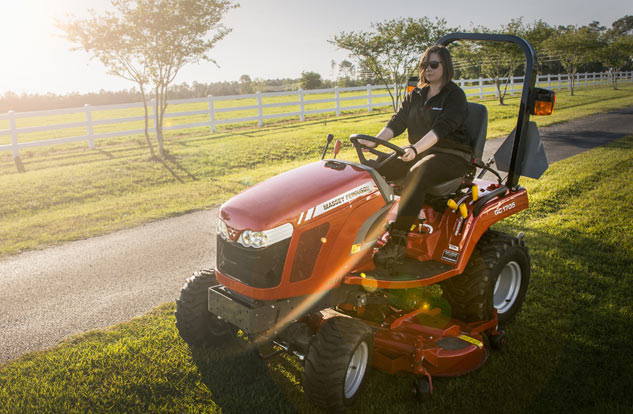 GC1700 engines are manufactured by Iseki, and are three-cylinder diesels. In the case of the GC1705, the PTO rating is 18.7 horsepower. A two-range HST transmission delivers power to a choice of R1, R3 or R4 tires. Control over the HST is by a side-by-side pedal arrangement. The brake pedal is located on the left side of the platform, which is mostly flat and rubber isolated. The Cat I 3PH is rated to lift 550 lbs and uses a guess-where-you-are control lever. A neat feature is the latch that holds the 3PH upper link in-place and out-of-the-way. Most manufacturers just supply some variation of a functional, but plain “S” hook.

Standard features for the GC1705 include a high-back seat (fixed back and no arm rests), loader joystick integrated into the right side of the dash console, cruise, metal hood, cup holder, and fixed ROPS designed to clear most barn/garage doors. MSRP for the GC1705 is $10,528. Non-commercial warranty is five years powertrain. Options include 54” and 60” mower decks with the model 2326 a drive-over style deck, FEL which can lift 678 lbs to a max height of 73”, and a backhoe that can be factory ordered or dealer-installed at a later date. 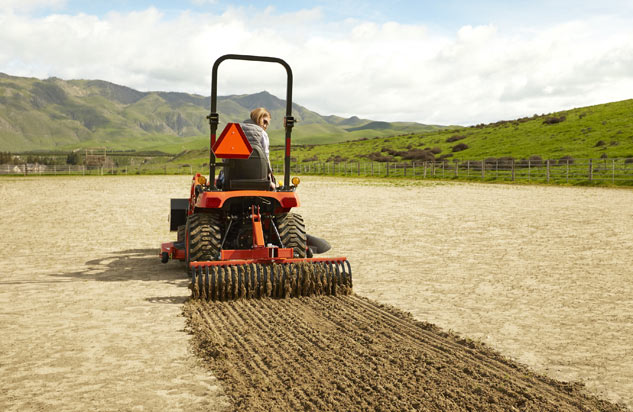 The Kioti CS series consists of two tractors, the 21.1-horsepower CS2210 and the 24.5-horsepower CS2510, both of which are three-cylinder diesels manufactured by parent Daedong Industries. PTO output rating for the CS2210 is 18.7 horsepower. A two-range HST transmission delivers power to a choice of R1, R3 or R4 tires. Control over the HST is by a side-by-side pedal arrangement. The brake pedal is located on the left side of the platform which is rubber isolated and near flat with a small transmission hump in the middle. The Cat I 3PH is rated to lift 700 lbs and gets real position control. With position control, an operator is able to return an implement precisely to the same selectable position time after time. Think box blade or tiller work – both of which are made that much more productive and precise with position control. Another nicety of the Kioti hydraulic system is that the mower deck lift and 3PH are separate, instead of a shared linkage that requires the 3PH to be locked in position while using the mid-mount mower.

Click her for part 2 of our subcompact tractor comparison, were we look atthe John Deere 1023E, the Mahindra eMax 22S, Yanmar SA221 and Ventrac 3400Y.