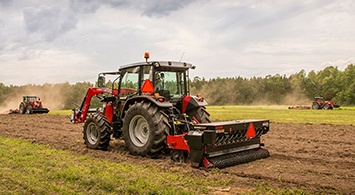 Imagine what would be possible with a clean-slate design, six plus years of research and development, go-ahead for over 90% new componentry, and a budget in excess of $350MM. That’s exactly what AGCO made available to the Massey Ferguson team in their largest capital investment yet in a single tractor line. Throw in more than 36,000 hours of lab and field testing in the toughest locations in Africa, Asia, Europe and the Americas, and the end result is tough, heavy, capable tractors designed for sale worldwide with nearly undetectable changes for specific markets. Meet the three platform Massey Ferguson Global Series. 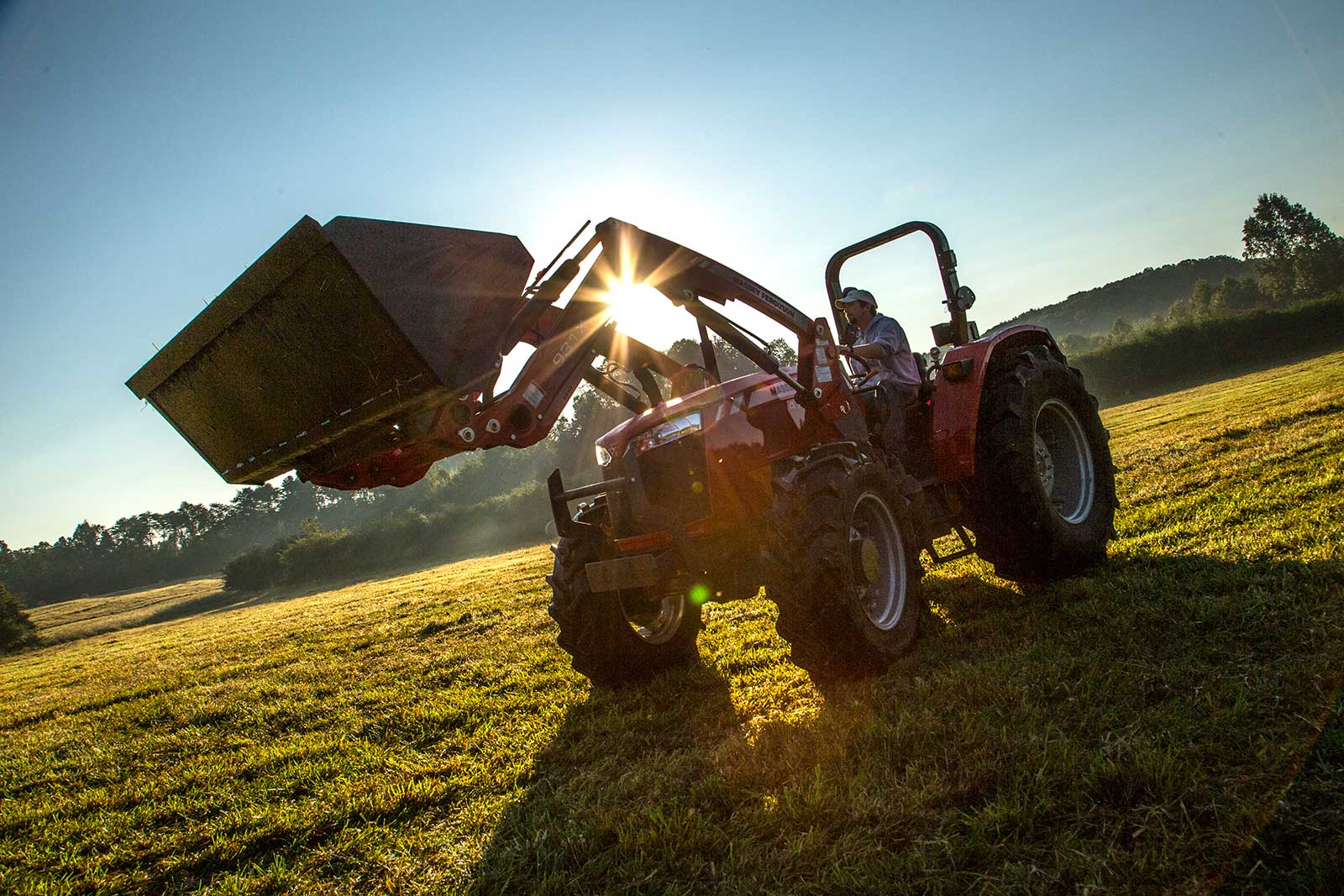 4700 Series tractors ride on 88” wheelbases, and range in horsepower from 75 to 100 with power take-off (PTO) output ratings from 58 to 88. Available in open station and cab configurations, there are two trim levels: Classic and Deluxe. Three transmissions are available: an 8×8 mechanical shuttle for 4707, 4708 and 4709 classic trim tractors, an 12×12 synchro mechanical shuttle on 4710 classic trim tractors, and a 12×12 synchro power shuttle (SPS) available on 4700 deluxe trim tractors. For tractors outfitted with the SPS transmission, electronic shuttle reactiveness control along with easy shift control are included. Easy shift control is just that, press button to clutch, shift gears, and then release button to engage drivetrain. 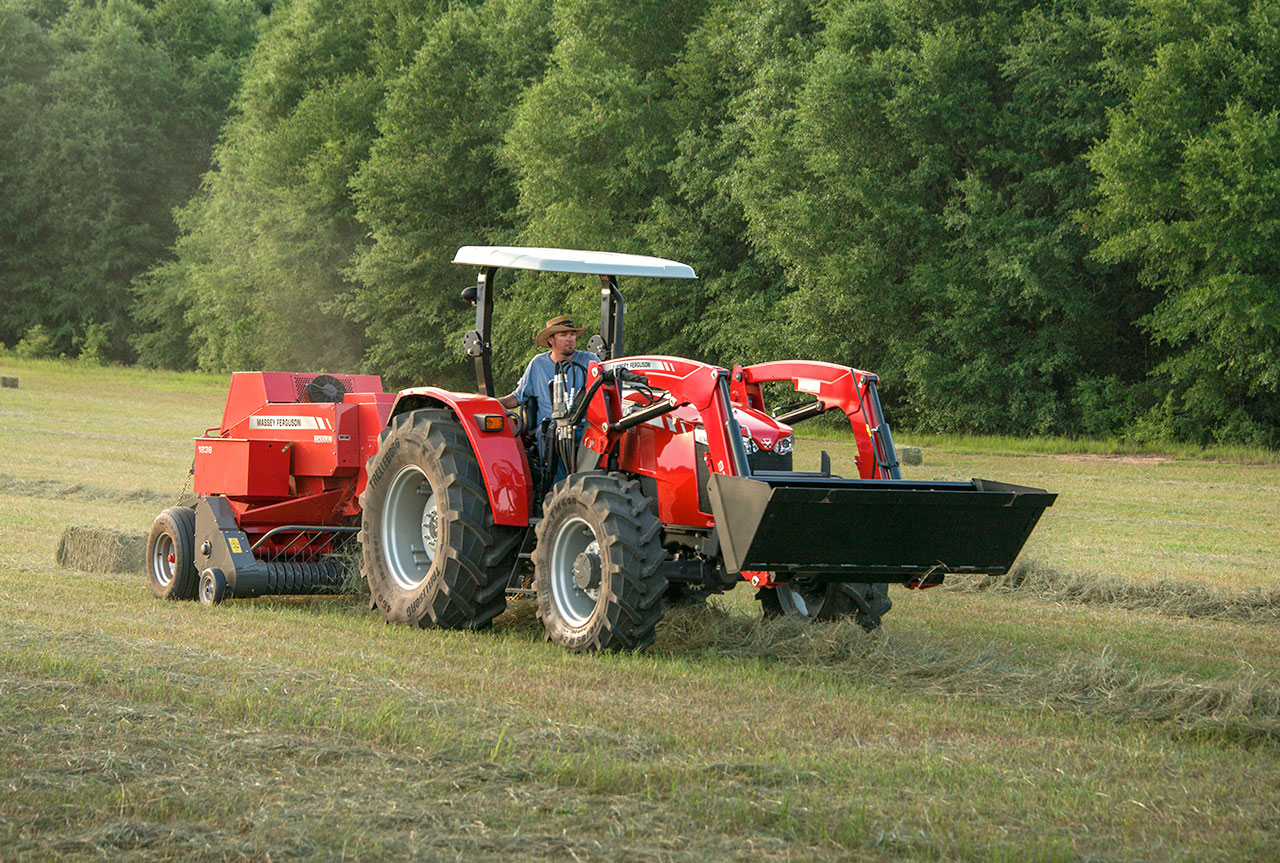 Hydraulics are through an open center system flowing 17.7 gpm that gives the Cat-II three-point hitch (3PH) a lift capacity of 4,850 lbs. measured 24” behind ball ends. Telescopic lower stabilizer arms are optional on classic tractors and standard on deluxe, as are extendable lower ball ends. Classic tractors have one valve standard with the option for a factory installed second. Deluxe tractors come with two valves with a third available as a field-install option. Standard independent, electro-hydraulically engaged PTO speed is 540/1000 rpm with classic tractors having the option for 540/540E. 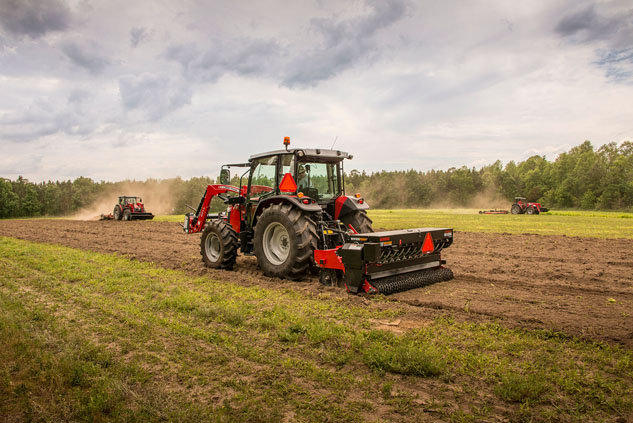 Hydraulic flow from the main pump is 15.1 gpm measured at rear remotes for classic tractors with deluxe models getting an auxiliary pump flowing 10.8 gpm (25.9 gpm total). This translates to a Cat-II 3PH lift capacity of 7,710 lbs. 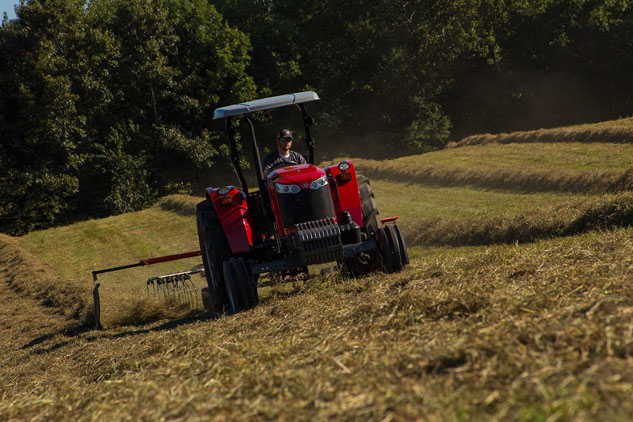 The cab used on Global Series is identically sized across the three platforms, is the largest in class, and is 75 dBA quiet. The standard seat is spring suspension mounted, adjustable fore and aft, and has a mechanical weight adjustment. Classic platform tractors have a fixed steering column, while classic cab and deluxe open station tractors have tilt capability. Deluxe cab models have tilt/telescope adjustability and 5700/6700 deluxe models come with a swivel seat. For the ultimate in comfort, an air ride seat that swivels is an option.

Mentioned above is the HydraLock front axle available on deluxe 4WD 4700 models, 5710 and 5711 tractors and all 6700 machines. HydraLock begins with HD Dana 740 componentry that is not limited slip but full locking and will automatically disengage at 19 mph, or at a 25-degree turn angle, and reengage at 23-degrees. 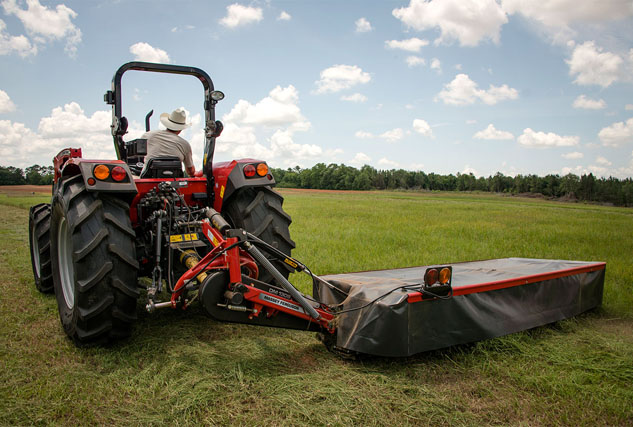 Other differences between classic and deluxe model not listed above are: All tractors come with a combination of analog and digital instrumentation including DEF and fuel levels, and temperature, however, deluxe models add a performance monitor that includes things like acres/hr., and fuel consumption by hour or by acre. On the 3PH, all tractors come with position control, but draft control is optional on classic models and standard on deluxe. Valves on classic tractors are double acting (DA) with float (F), while valves on deluxe tractors add kick-out (KO). All are spring return to neutral (SRN). Other niceties on deluxe tractors include auxiliary electric outlet, mid-mounted front work lights, fender extensions, and fuel tank guard. 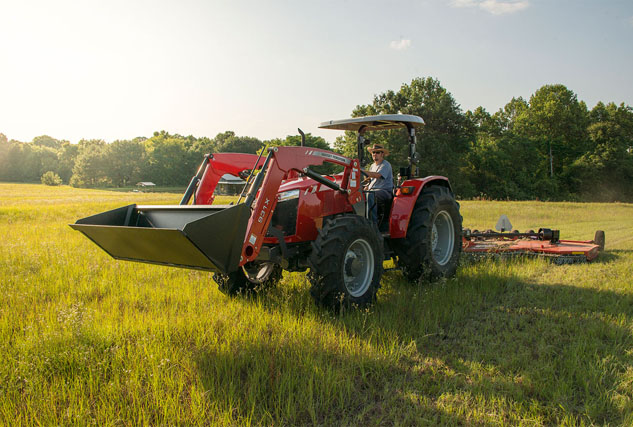 The Global Series is a milestone achievement for Massey Ferguson, combining a fresh design, efficiencies of scale, and worldwide compatibility. Ideal for marketplace segments seeing growth such as hay, dairy, farming, municipal, and general loader work, it will be a surprise if the AGCO investment is anything but a big success. For an agribusiness in the market for a heavy-duty 75 to 130 horsepower workhorse, the Global Series would be well worth checking out.