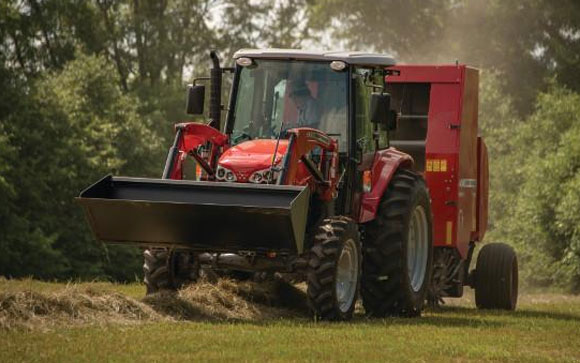 “Hobby farmers and rural lifestylers are growing in numbers, and we’ve thought about all of their on-farm needs with the new Massey Ferguson 4600M Series,” says Warren Morris, AGCO Massey Ferguson tactical marketing manager. “With a new deluxe cab option that features standard air ride seat, LED lights and fender mounted hitch controls, this tractor provides comfort and ease of use for any application.”

A Tier 4, three-cylinder engine from AGCO Power powers the 4600M Series. The engine features four valves per cylinder to improve airflow and enhance the fuel/air mixture.

“Following the same philosophy as AGCO’s high-horsepower tractor engines, the MF4609M and MF4610M tractors utilize selective catalytic reduction (SCR) with diesel exhaust fluid (DEF) to treat the exhaust after combustion,” says Morris. “This keeps all components doing what they do best, and doesn’t rob the engine of power and torque when it’s needed the most.”

An optional cab is available. The deluxe cab option includes an LED lighting package with rear defrost and wiper.