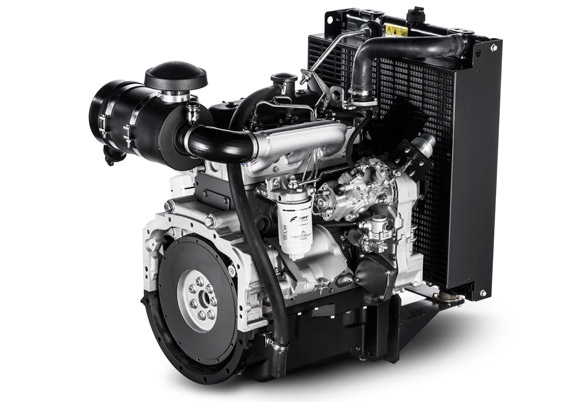 From the 6th to the 8th of March, Dubai welcomes the 43rd edition of Middle East Electricity, the International trade event for the Power Industry. FPT Industrial is there with its latest Power Generation applications. Covering a range from 30 kVA to 600 kVA, FPT Industrial presents its most representative line-up of Power Generation solutions on its stand (Saeed Hall, booth S3 D19) as well as on the stands of its OEM partners, covering 41% of the overall OEMs exhibiting in Dubai, once again proving FPT Industrial’s leadership in the field.

The S8000 G-Drive combines high power output with low cost of ownership: its compact design contains 2.9 liters and three cylinders, and delivers an output of up to 30 kVA. This FPT Industrial engine is best-in-class for maintenance intervals, which are up to 600 hours, while the fuel consumption reduction is exceptional as it is 13% lower than those of four-cylinder competitors. S8000 G-Drive’s reduced complexity and high compactness make this FPT Industrial engine a perfect and reliable solution for all emergency and prime power applications that do not require emission regulation compliance.

This engine belongs to the renowned FPT Industrial NEF family, whose reliability is proven by 1.6 million of units produced since 2011. The N67 has a displacement of 6.7 liters, with the same dimensions of a 200 kVA power node engine. This is possible thanks to a displacement downsizing approach: FPT Industrial adopts a 6 cylinder 6.7 liter engine, while competitors prefer a 6 cylinder 9 liter engine. This makes  the N67 best-in-class for G-Drive packaging. Other benefits are the maximized maintenance intervals – up to 600 hours – reducing servicing downtime by approximately 20% compared to its competitors.

Thanks to its innovative offering, the N67 250 kVA can deliver both best-in-class load acceptance and fuel consumption. Furthermore, the N67 can operate in the most severe conditions, in temperatures up to 57° (thanks to its compact tropical cooling package, which is available as an option).

Other options include the switch-ability pack which allows for a range from 50 Hz to 60 Hz depending on the customers’ needs. Overall, the N67 – which is the most compact 250 kVA G-Drive on the market, can satisfy many demands, such as an increase in power density, and a reduction in the Total Cost of Ownership. FPT Industrial’s N67 possesses many attractive features for end-users: simplifying customers’ product line-ups, reducing product costs and maximizing efficiency.

With an 8.7 liter displacement, the Cursor 9 300 kVA develops an increased power of up to 299 [email protected] Hz. This FPT Industrial engine presents many key features, including best-in-class characteristics. It has a high power density (16% more than the class segment average) and best-in-class oil service intervals up to 600 hours, 11% more than the average. A result which is enhanced by the fact that the Cursor 9 has a small oil system capacity – 28 liters – 10% less than the competition. This, together with a high performance Common Rail injection system, also delivers a lower Total Cost of Ownership.

FPT Industrial’s Cursor 9 G-Drive also has a lean layout design which improves component accessibility, ease of operation and minimal downtime during maintenance, thanks to the integration of almost all components. Furthermore, it has a best-in-class width (2% less than the competitors’ average), which optimizes transportation costs and installation footprint, and an electronic interface box that allows customers to switch from 50 Hz to 60 Hz without any software updates or technical requirements. Based on the award-winning Cursor 16 engine architecture, the Cursor 16 G-Drive provides up to 578 kW, delivering the power of an 18-liter engine within the package of a 13-liter. Launched at the 2016 edition of Middle East Electricity, the Cursor 16 is a six-cylinder engine, known for reaching best-in-class results with reduced fuel consumption, service intervals and noise. This FPT Industrial engine is also the most compact G-Drive on the market, since it is 22% smaller than the 16-liter competitors’ average and produces outstanding performance: the Cursor 16 integrates a 600 kVA within the packaging of a 400 kVA.

Moreover, this is the only 16-liter engine specifically designed to address off-road missions and has undergone over 22,000 hours of bench validation, thus proving its reliability and durability. Its heavy duty components are highly resistant with steel pistons and a Compact Graphite Iron (CGI) cylinder head instead of traditional cast iron.  The Cursor 16 has a best-in-class fuel consumption which also allows for a lower Total Cost of Ownership: this is made possible thanks to the second generation Common Rail fuel injection system with pressures up to 2,200 bar and a precise displacement approach.

These advantages are supported by best-in-class maintenance service intervals of up to 600 hours, while the oil system capacity is the smallest on the market: 32% smaller than competitors’ average. Furthermore, another best-in-class feature is its quiet running owing to the Cursor 16’s double re-entrant bowl piston design, which optimizes the combustion process and minimizes the output of engine noise. Finally, the Cursor 16 engine also has a dual speed mode with the capacity to operate both at 50 Hz or 60 Hz.