Midway update of our reclamation project 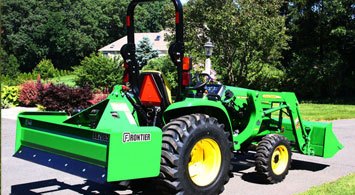 Since our last report, our long-term test John Deere 3038E has been getting quite a workout. In between the reclaiming of about 6,000 square feet of overgrown woods, the 3038E has spread 21 yards of mulch and 16 yards of topsoil. It has also been sidetracked for three neighborhood projects: unloading and moving two large arborvitae trees for planting, cleaning up of several felled trees, and the re-grading of a neighborhood pond bank.

For the most part, we’ve run the 3038E in the delivered configuration (tractor, loader, and boxblade), but we’ve also run a PTO chipper and a PTO spreader. Over the course of a month, we’ve only managed to stall the tractor a few times, usually due to too low engine rpm. This tractor continues to impress. The one issue that kept coming up, which really speaks to the capability of the package, is the lack of ballast. Even with the 500 lb. Frontier BB2065 out back, to explore the full capability of the D160 loader requires more weight. We experimented adding four suitcase weights (42 lbs each) and all that will fit on the boxblade frame. Though we saw a noticeable improvement, more counterbalance is needed. 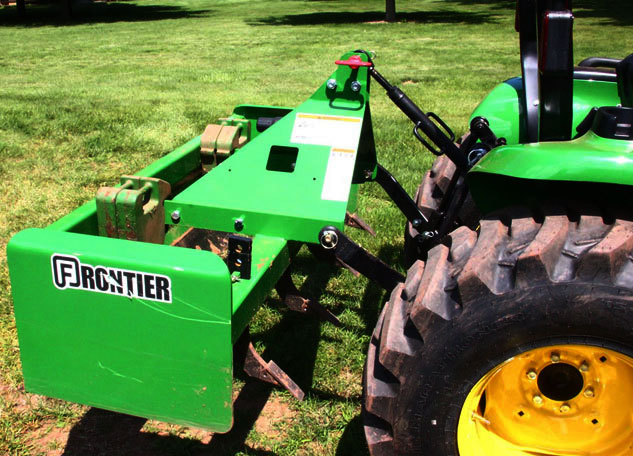 Loading the tires would seem the most practical method. Checking the Rim Guard chart for our 15.00-19.5 6PR rear R4 (Industrial) rubber, the recommended prescription is 29 gallons per tire which equates to 310.3 lbs of added ballast (620.6 lbs total). In combination with a rear implement, such as our box blade or a ballast box, we’re sure the full capabilities of the 3038E/D160 can be explored.

After a short time behind the wheel, we discovered a plus we’ve not experienced on other John Deere tractors – even up to the 6 Series. The hydraulics can operate in two motions at the same time! For loader work, this means the bucket can be raised at the same time as it curls back, or dump at the same time the boom is lowered. It does mean the operator needs to keep a vigilant eye on what the loader is doing, especially when reversing, and even more so if the tractor is being operated on a slope. But this is a fabulous time saver and an about time addition. We hope this capability shows up across the entire John Deere product line, if it hasn’t already.

Operating the 3038E, there were a few areas of quirkiness. For example, engaging the PTO requires some throttle (even with nothing attached to the PTO spline) or the tractor will stall. Other John Deere products we’ve spent time with allow the PTO to be engaged at idle (or close to). This isn’t a big deal, but we need to remember to up the throttle to about 1500 rpm before engaging the PTO. Another quirk is the super sensitive hydro pedals. It’s nothing the operator doesn’t get used to in short order, but the modulation doesn’t come close to the premium feel of the 3R machines (3033R, 3039R, and 3046R).

We also stalled the tractor on occasion by reaching for something that would trip the seat safety. While seat safeties are a necessity in these times, the system could be just a hair bit less sensitive. And, there is no way to run the PTO without the operator in the seat (or by placing some weight where the operator would be). Running a post hole digger, or in our case, the PTO chipper, turns into much more of an inconvenience without the ability to set the seat switch to an override setting. 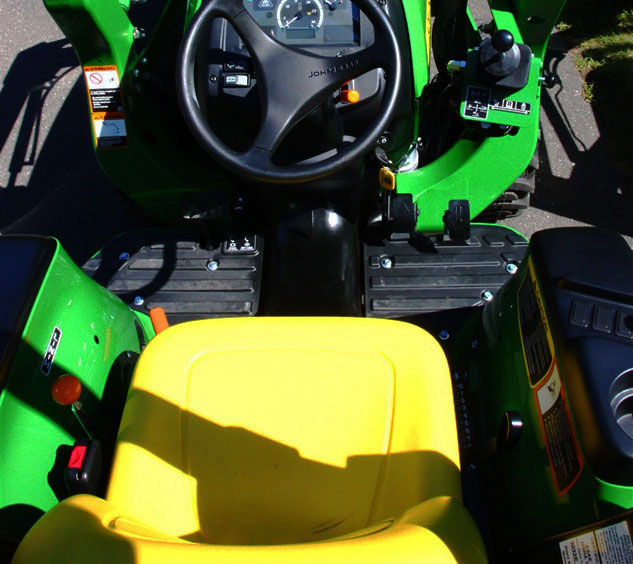 All these, though, are small nits; the 3038E is, after all, a value tractor. Imagine how many 3R tractors John Deere would sell if the 3038E came with standard cruise control and eHydro with all its silkiness of operation, a tilt wheel, mid PTO, removable loader, three-range hydro, split brakes, joystick integrated into console, and digital readouts for things such as speed and fuel – for the same price!

Fuel consumption has been quite remarkable, and an illustration of how Final Tier 4 (FT4) engines do offset some of the added cost and complexity with better economy. Over the first 14.6 hours, the 3038E used approximately 6.0 gallons of fuel. That equates to about .41 gallons per hour. True, very little of those hours were at PTO speed (2750 engine rpm), but the hours were not at idle either. The picture below of the bent Cat I pin is a testament to how hard we did work the 3038E. 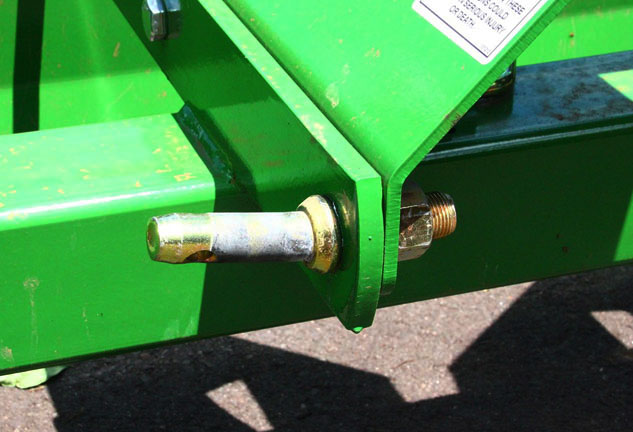 At 10 hours we checked the torque of the lug nuts, noticing that our local dealer, Farmington Valley Equipment, in Farmington, Conn., had put a small black mark on the wheel and a corresponding one on the lug nut. This is a sign of a thoughtful dealer. It’s a simple, easy way to visually check if there is any substantial loosening. In our case, there wasn’t, though we still re-torqued all 24 lug nuts (6 x 4).

Using the 3038E, light loader work could be run as low as 1500 rpm, but the sweet spot was 2000. Though the engine torque peaks at 1625 rpm, at 2000 it offered just the right combination of loader responsiveness and a nothing stopping this machine (low range and 4WD) attitude. We found the 61” bucket well-matched to the capabilities, though we did experiment with a 53” we had on hand that was outfitted with a BX Expanded Piranha tooth bar. While that bucket was too small to cover the wheel width or do the 30038E justice, a tooth bar turns a blah digger into a real digging machine. What is especially nice about the John Deere system is that buckets can be swapped with just the pull of two pins. 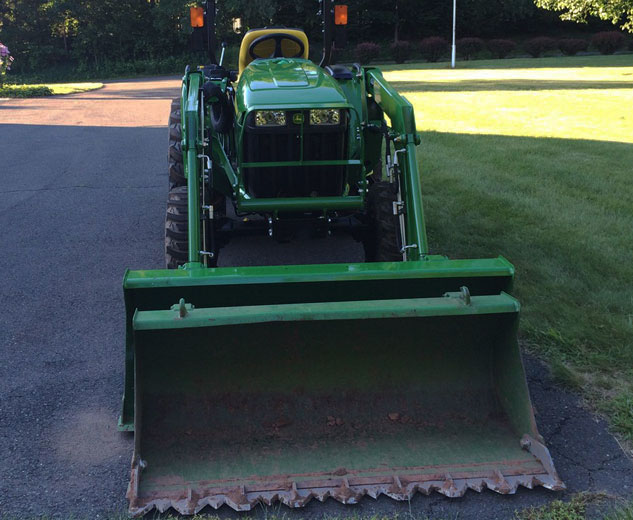 Our goal is to reclaim some 24,000 square feet of overgrowth. That’s just over a half acre. With the deadline to return the 3038E fast approaching, we’re not sure if we’ll be able to get it all done. But if we don’t, it won’t be the fault of our long-term test tractor. Stay tuned to Tractor.com for the next installment.