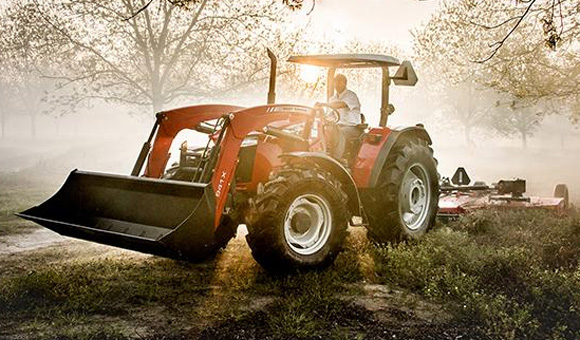 Massey Ferguson, a global brand of AGCO Corporation (NYSE:AGCO), expands its heavy-duty utility tractor lineup with the new 5700 and 6700 Series, offering outstanding weight and lift capacity for tractors in the 100- to 130-engine horsepower range. The tractors were introduced at the 2016 Farm Progress Show and join Massey Ferguson’s recently-introduced 4700 Series to round out the new Global Series. The MF5710 and MF5711 are 100- and 110-hp tractors, while the MF6712 and MF6713 provide 120 hp and 130 hp, respectively.

“The 5700 and 6700 Series tractors are common-platform tractors manufactured in AGCO’s newest, state-of-the-art factory, which leverages the long history of Massey Ferguson production experience with a module-oriented manufacturing approach that standardizes components, lowers costs and improves product quality and performance,” says Warren Morris, AGCO tactical marketing manager. “They join the 4700 Series within our new Global Series offering which began with a blank sheet of paper and input from thousands of customers. The entire line will be marketed worldwide and each model is built to perform in the most demanding environments.” END_OF_DOCUMENT_TOKEN_TO_BE_REPLACED