Diesels: Tractor Engines and the EPA

Tier 1-3, Tier 4i and Final Tier 4 (FT4) – what does it all mean for tractor owners and prospective buyers?

Tier 1 standards for nonroad (off-road) machinery were first adopted in 1994 for engines over 50 HP and to be phased in from 1996 to 2000. In 1998, Tier 1 standards for nonroad engines below 50 HP were adopted. At the same time, more stringent Tier 2 and Tier 3 standards would follow with the phasing in to take place in the years from 2000–2008. These standards could be, and were, met with advanced engine designs such as the tweaking of air/fuel mixtures and did not require the addition of exhaust gas aftertreatment. 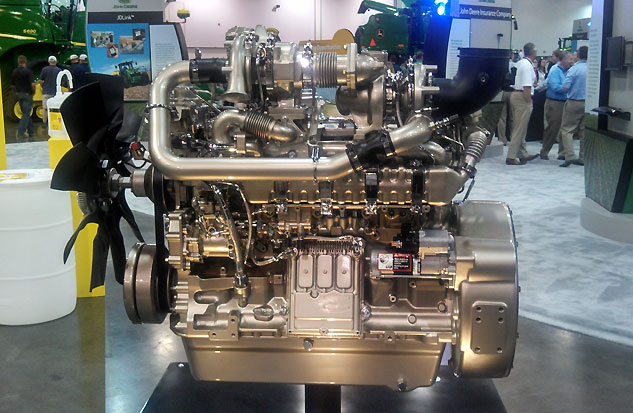 In May of 2004, then Pres. Bush signed the Clean Air Nonroad Diesel Rule (CANDR), with a goal of cutting the emissions from construction, agricultural, and industrial engines by more than 90%. EPA Administrator Mike Leavitt was quoted as stating, “We are going to make that burst of black smoke that erupts from diesels a thing of the past.” The CANDR regulations mirrored the already established Clean Truck and Bus Rule of 2000. Diesel fuel at the time of the CANDR signing contained 3000 parts per million (ppm) of sulfur. The new regulations mandated that fuels by 2007 would reduce the sulfur content to 500 ppm and further cut those contents to 15 ppm by 2010. Tier 4i (interim) engine standards were required to be achieved by 2011 with full FT4 compliance by 2014 (engines over 750 HP get one more year of reprieve).

Would all this come without a cost? Of course not. Just getting the sulfur content down to 15 ppm was estimated to run an additional .07 cents per gallon but slightly offset by an estimated .03 cents per gallon gain due to supposed reductions in engine maintenance costs. More on this later. Those same estimators pegged the added equipment cost on a $240,000 bulldozer to be $2600. The 1.1 percent increase in that example didn’t sound all that bad, but the overall estimate for most nonroad categories was for a 1-3 percent hike. And we all know how the track record of governmental cost estimates goes. Figure on increases more in the line of 4-9 percent.

While you might be thinking we should worry about the large polluters – trucks and busses etcetera – the facts are that 47 percent of diesel particulate matter (PM) and 25 percent of total nitrogen oxides (NOx) originate from nonroad equipment. According to the EPA website, PM is mainly composed of small carbon particles and other toxic substances created during incomplete fuel burning process, i.e. low combustion temperature. When inhaled repeatedly, the small particles in diesel exhaust may aggravate asthma and allergies or cause other serious heath problems including lung cancer.

SCR systems inject Diesel Exhaust Fluid (DEF) into the exhaust stream. DEF is 65 percent purified water and 35 percent urea (expect slight variances in formulations from manufacturer to manufacturer in the attempt to provide the lowest possible freeze point) and creates a chemical reaction converting the exhaust into water vapor and nitrogen. This type of system was favored by manufacturers such as Case IH/New Holland and AGCO.

EGR systems cool and combine certain amounts of exhaust with incoming fresh air (remember the saying, the solution to pollution is dilution) to lower combustion temperature and reduce nitrogen oxides to an acceptable level. Then the exhaust travels to a Diesel Oxidation Catalyst (DOC) and diesel particulate filter (DPF) where the DOC further cleans particulate matter with increased heat while the DPF collects the remaining soot. EGR systems generally operate automatically but come with the worry of needing to override the regenerative process in enclosed areas such as a barn. And particulate filters also require servicing with the EPA suggesting a 4500-5000 hr. interval but some manufacturers claiming the interval will be up to 15,000 hrs. John Deere and Cummins initially chose to go with this type of system.

Read about How To Maintain A Compact Utility Tractor

FT4 requirements, where emissions from engines of 25-75 horsepower must contain no more than 0.02 percent PM and 3.5 percent NOx with the standards tightening dramatically for 75 horsepower plus engines (0.01 PM and 0.30 NOx), has changed the thinking. For example, the John Deere 7290R we tested last September now meets FT4 requirements using a combination of SCR, DOC, DPF and coded EGR technologies. At the 2014 New Product Intro, John Deere claimed fuel consumption (fuel + DEF) for these tractors to be a 2.0 percent improvement over the previous generation machines and up to 6.0 percent when equipped with e23 transmissions which maximize economy. 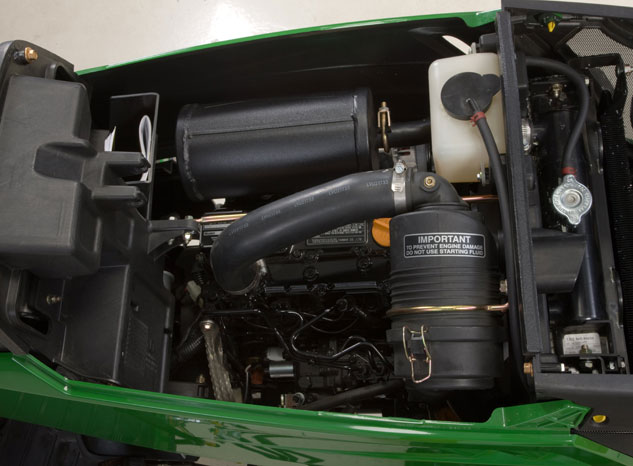 In addition to the improved fuel efficiency and reduced emissions from FT4 compliant engines, these powerplants are noticeably quieter. Depending on the configuration (cab, open station, horsepower rating) decreased sound levels of 10 dBA and more are not uncommon. And as touched on above, maintenance on engines is expected to be reduced.

Tractors equipped with SCR systems can expect to be operated as much as two times longer between oil changes due to the lessened carbon and soot contaminants that the lubrication system has to filter out. These are all nice improvements, though the cost and added complexity along with the added dealer investment in diagnosing equipment and employee training hardly make for a winning dollars and cents proposition. But like it or not, these standards are here to stay.

So what should a tractor owner or operator know about the latest emissions compliant machines? First, they need to be familiar with the systems their manufacturer has chosen to go with and the associated warnings and maintenance requirements those systems carry. If DEF is used, on hand supplies, or at a minimum, convenient access to a supplier stocking the water/urea fluid is necessary. And though DEF is basically a non-toxic, non-flammable and non-hazardous material, it does have a limited shelf life depending on conditions (the gel point is 14 degrees F and the ingredients will start to separate at temperatures above 112 degrees F). If a regenerative DPF filter is used, attention to that background cycling is important, especially where the tractor is physically located while that regeneration is taking place. You wouldn’t want to clean up the air by starting a fire. 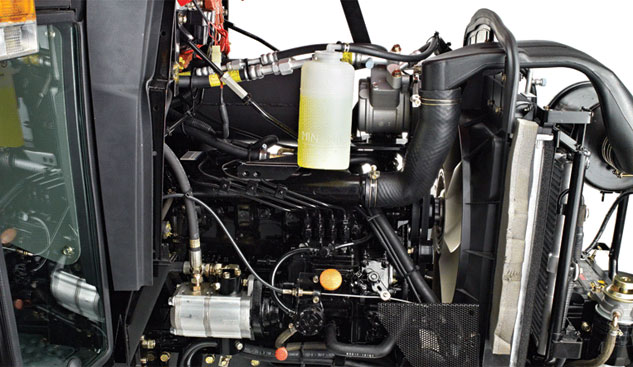 The fuel you burn is also extremely important. FT4 engines require ultra low sulfur diesel (ULSD). And though North America switched over quicker than thought, ULSD is not yet available in countries such as Mexico. Engine oils also require attention and must meet the low-ash requirements of CJ-4 specifications. This might lead to a farm or ranch having more than one type of oil in stock; but that could lead to mix ups which could cost more down the road in items such as premature DPF replacement. Older machines can run on CJ-4 oils without problems, so the simplest choice would be to switch all engines to the low-ash formulations.

Read about Snow Removal: What Implement to Best Handle Winter

Some manufacturers have gone to more advanced fuel filters. Bobcat, for example, uses a filter that requires the periodic draining of water from the filter – though filter change intervals remain the same. Lastly, when DPF filters require servicing – the removal of ash – remember, the EPA and California Air Resources Board (CARB) have labeled the residue a hazardous waste. Filter exchange programs may be the answer but the required serial numbering and tracking issues have yet to be resolved.

Sound complicated? Yes and no. Though the technologies themselves are certainly more complicated, for the most part they operate behind the scenes without operator involvement. But because of the differences between manufacturers, the best advice is to become a bookworm – reading the owner’s manual from cover to cover and refreshing that experience often.